So My second family portrait shoot I was able to leverage some of the things I learned the first time around.  It also afforded the opportunity to make new mistakes ;) 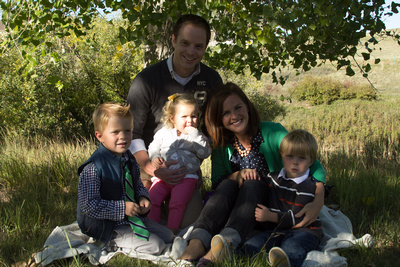 Lighting is everything.. and this was a big factor with my first shoot. Here is an example of where why dappled light may be beautiful in many circumstances, and a favorite for me in scenics, is not very optimal for portraits.

This example also shows that a photographer needs to understand arrangement and posing.  Legs everywhere on a white blanket?? Looks like I just called "Left Leg, Yellow".  What was I thinking?   And the poor baby.. definately time for a Patrick Swayze "No one puts baby in the corner" moment.

While I was still stressed from my previous shoot, getting together with the McCracken was so totally fun.  They are so down to earth and easy to be with and the boys were great and brought me back to my boys at that age.

So... What went right this time around...

Because of this I was able to get some nicely composed shots.  We still had kids who didn't necessarily want their picture taken but they weren't running amok.  I controlled the shoot much better.

Now luckily I shoot in raw, so adjusting a bad exposure to lighten or darken it a little is usually a snap.  But... not paying attention to shutter caused all of the photos to be blurry. UGH!!!  They looked so good on the little display on the back of my camera!!  I was so excited until I put them up on my computer screen. then.... I was completely deflated.  Imagine looking at a thumbnail and squealing "Yes!! That is so Dang Cute!!!" to "OMG.. what did I do, he has 2 noses"  (See cute picture of Max to the right)

I did have my flash on, but in looking at the pics, it only seemed to flash every so often, and those pics were then bright and blurry. Let me express one more time .. UGH!!!

Either of these would have provided me with a much, much larger selection of photos to provide to my clients.  But that's OK.. Let me nail the few that I'm learning now before I add more to think about to the mix.

In both of these shoots I was able to provide about a dozen halfway decent shots to the families.  Only this time I was actually able to give them a family shot!!

Here are a couple of those from this shoot - exposure still off a bit but salvageable. 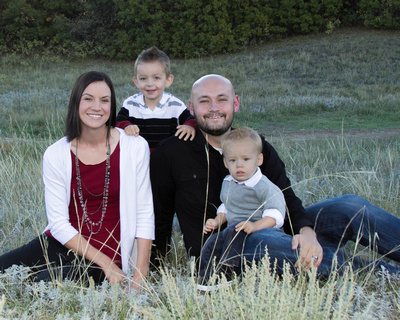 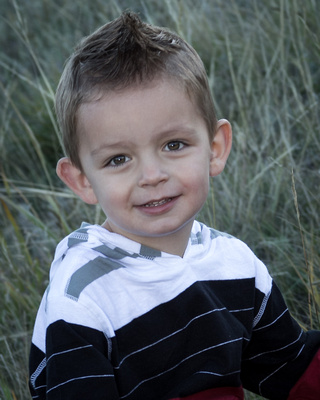 Cindy Drako
Thank you so much!! I pick up a lot of great information from people who are willing to share their experiences. If I can pass that forward and help anyone else by sharing my mistakes (and my successes) I consider that a win!
Maryann Drako-Rosier(non-registered)
Wow amazing, learning through experience. GREAT photos the entire family look happy and natural. However seeing the difference between unposed and then naturally posed was huge. Definitely a photographer to be watched for future works.
No comments posted.
Loading...
Subscribe
RSS
Recent Posts
All Grown Up at 6 Months Old The Matzke & Espino Family Engagement Session Third Times a Charm - The Coppin Family The McCracken Family What's in My Camera Bag? Yikes....My First Family Portrait Session Hello and thanks for stopping by!
Keywords
Castle Rock Photographer Family and Children Portraits The Denver School Of Photography Newborn Photography Colorado Springs Engagement Portraits Gear Welcome
Archive
January February March April May June July August September October November December
© Cindy Drako
Powered by ZENFOLIO User Agreement
Cancel
Continue